Alfonso Tejero, semi-professional runner, winner of several marathons, distance runner. Due to an enzymatic problem, he had to leave the competition and dedicated himself to the textile industry. He grew up in a time when designer sportswear was limited to only the elite and professional athletes. He had the dream of creating and democratizing sports fashion so that it would be accessible to everyone, both because of their economic level and because of their level of training, in Spain and in the future, for the world. This is how Tenth was born, the brand that would sell within its multi-brand stores to compete against the big ones.

The name Tenth arose precisely from the word Decimas in English. We wanted to express the importance of details, since a tenth of a second can make the difference between winning or losing. On the other hand, they also wanted to reflect the number 10, excellence. The first Décimas store was opened years before on Calle Migrantes 2, in Madrid, and since then the business has not stopped growing. 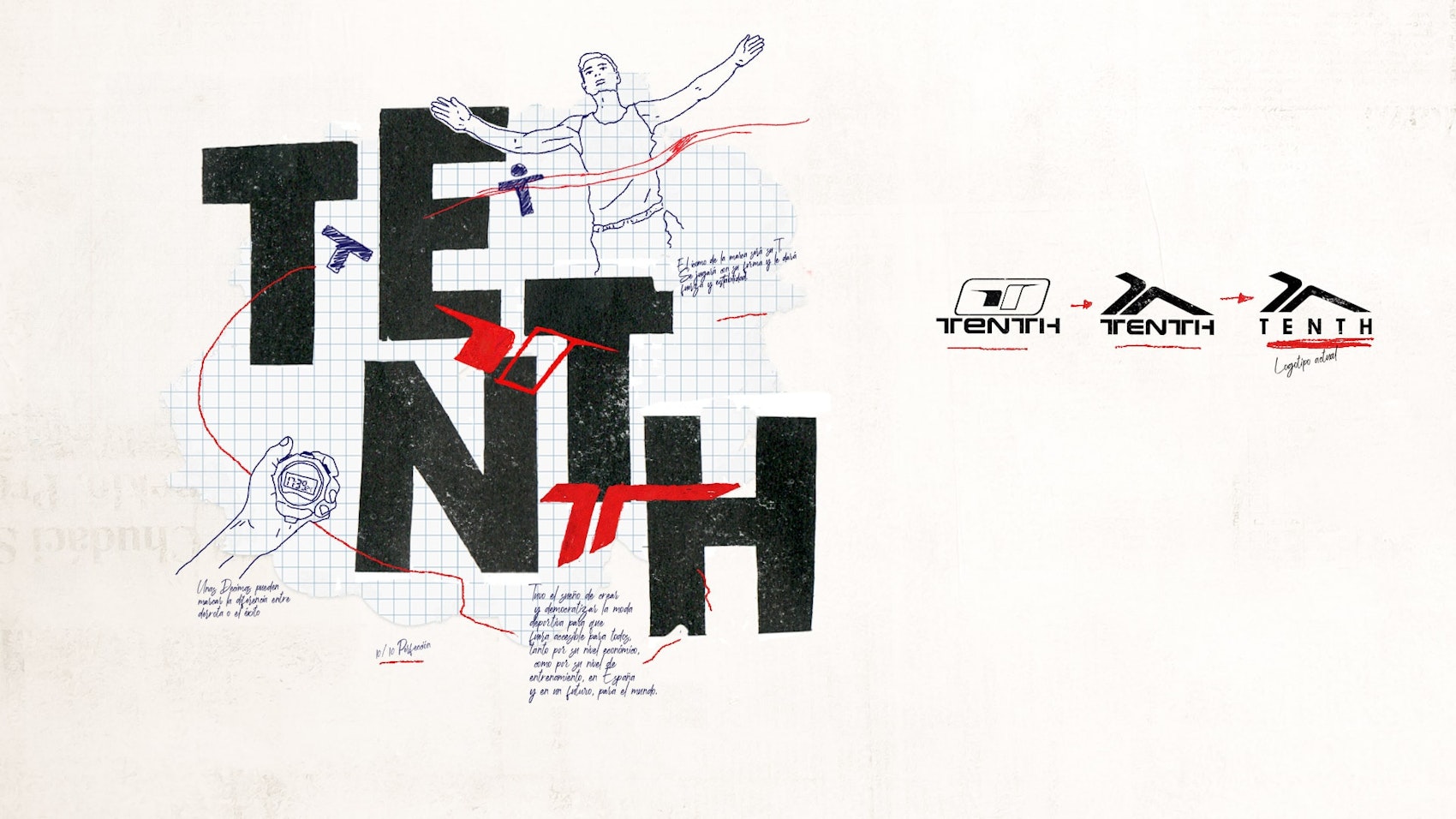 The first pieces they created were tracksuits and men's clothing dedicated to running. 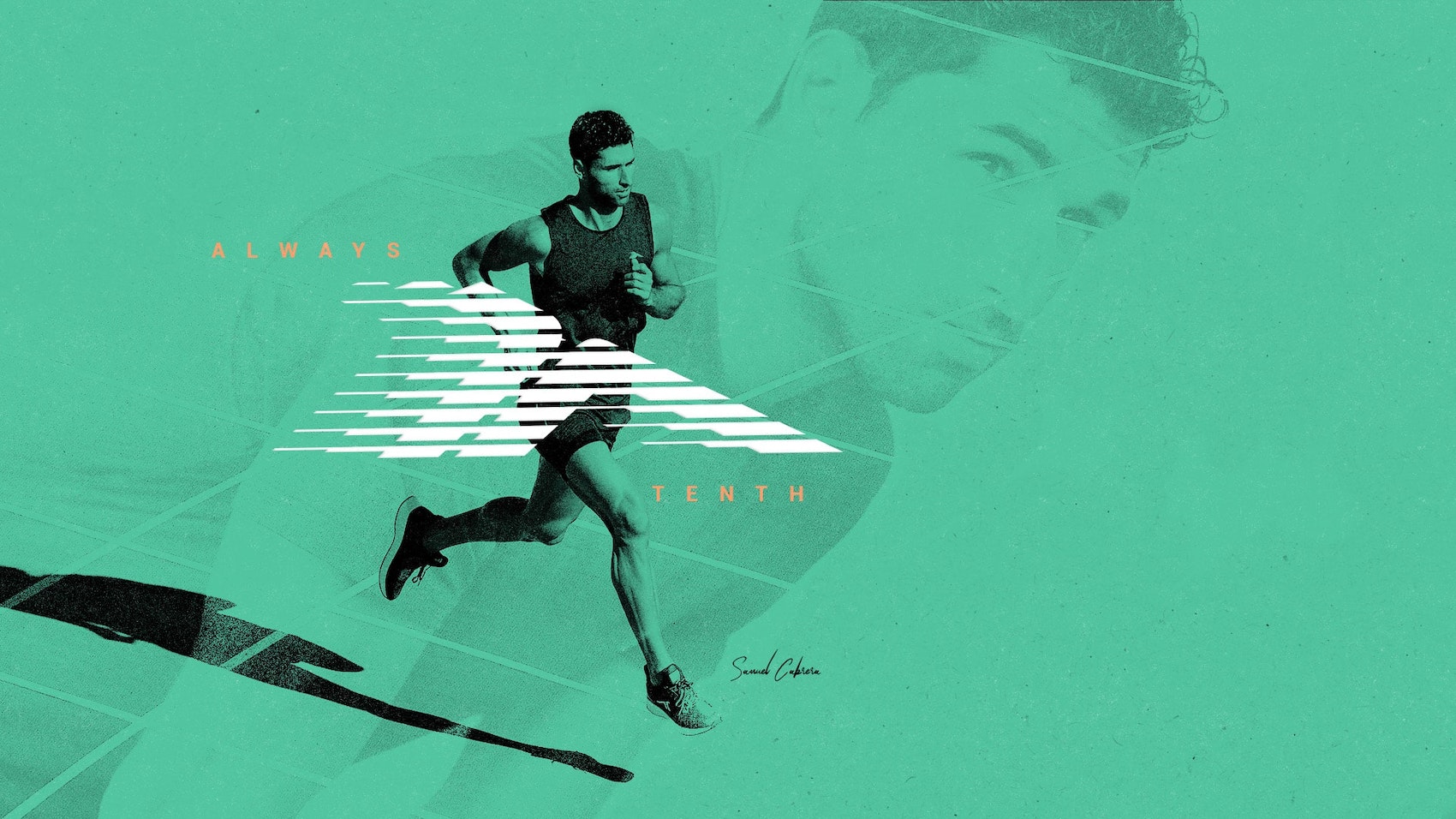 One of the key pieces since then has been the Montmeló shorts. The name was chosen in honor of the Barcelona Circuit, also known as Montmeló Circuit, because of the town where it is located.

F1 and MotoGP competitions are held there. They are running shorts that facilitate the movement of the runner and enhance their performance. So you can run like a Ferrari. 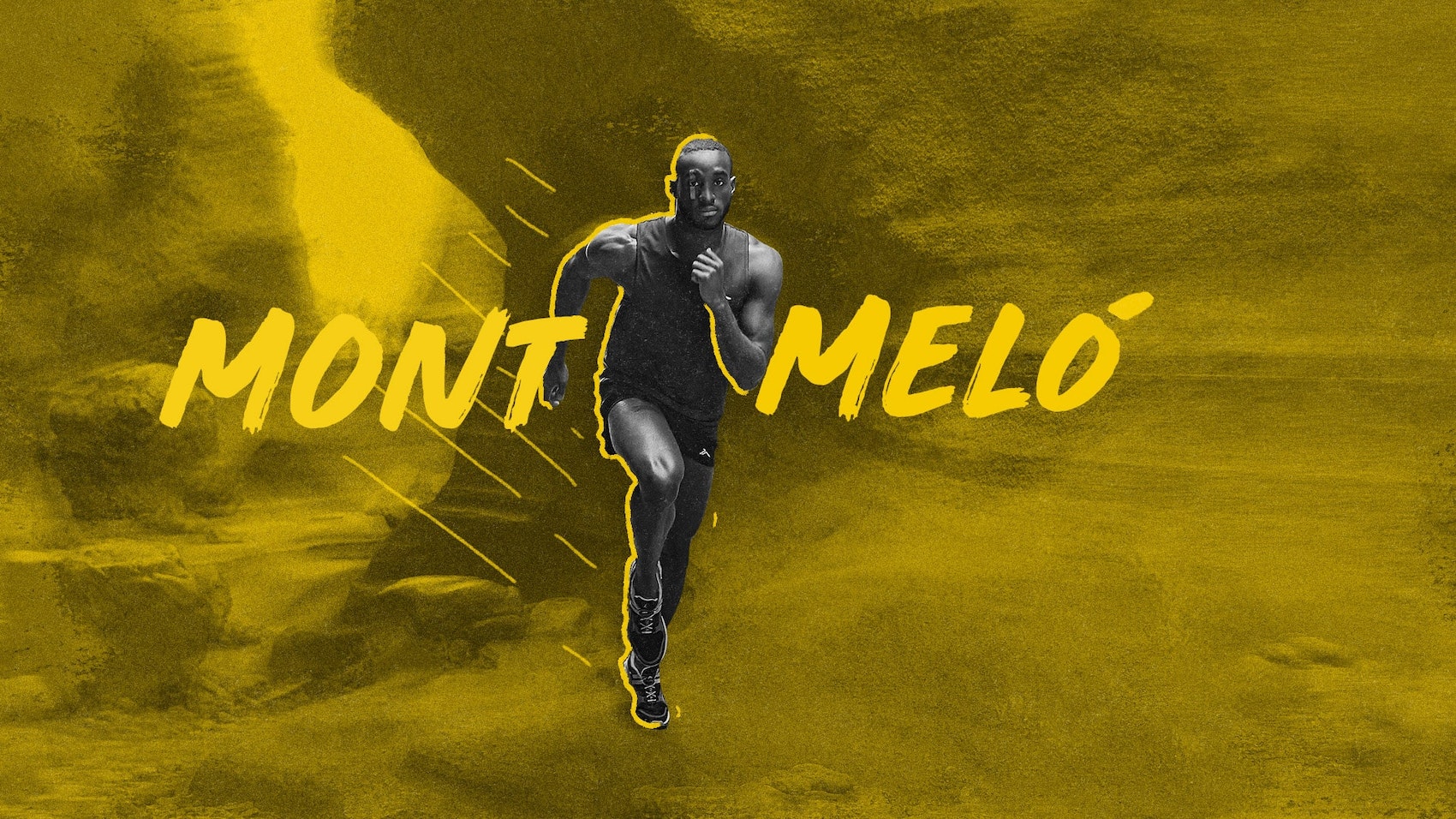 During the nineties the evolution of clothing was increasing adding new sports such as tennis. 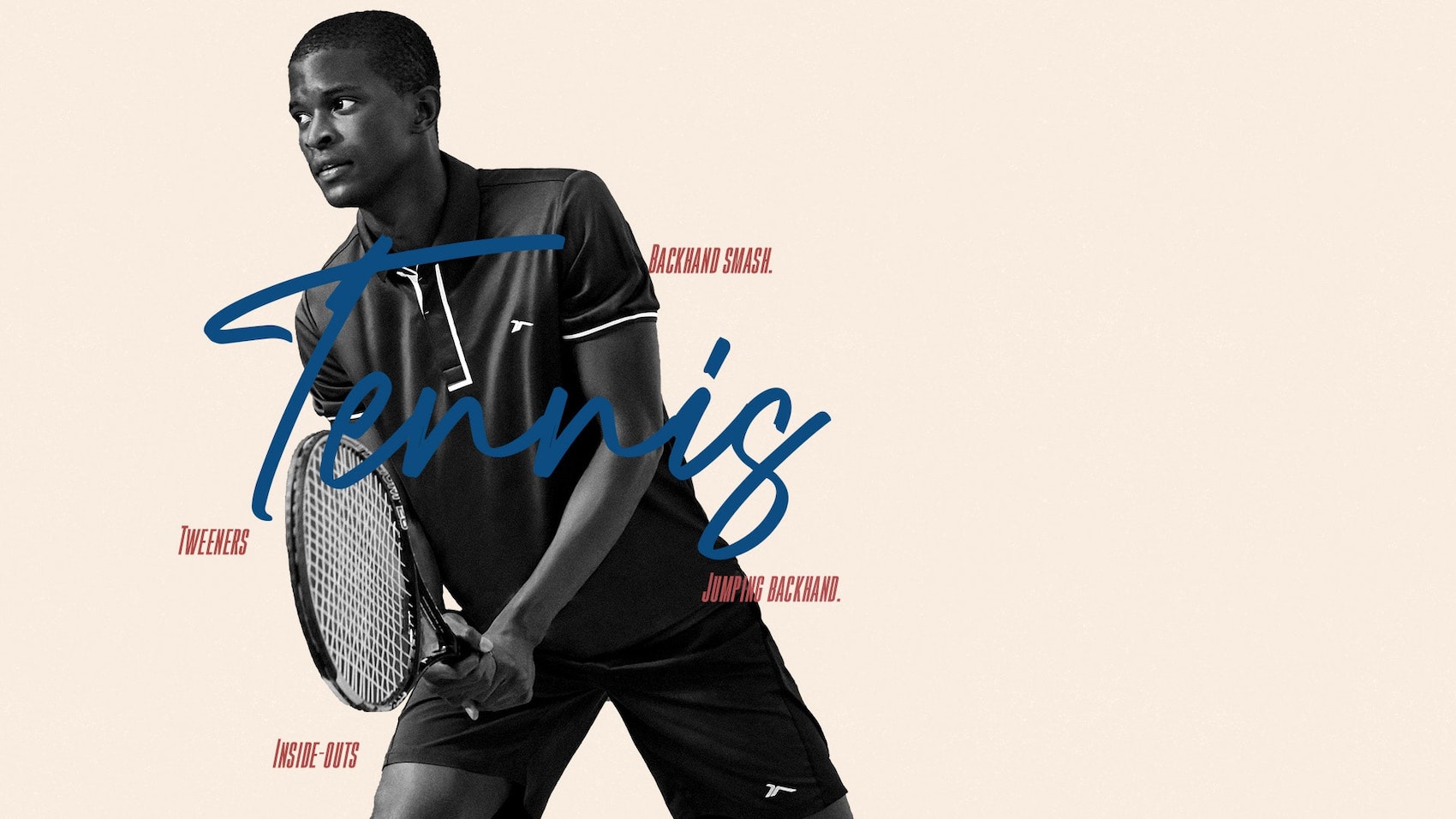 The Monza tights, their name comes from the F1 Autodromo Nazionale Monza circuit, home of the Italian Grand Prix. With an unconventional design for the time, Tenth wanted to introduce more comfortable materials than plush for the man's body and decided to create his first tights. With them, the movement of the body was complete, it became like a second skin. It was something new at that time and responded to one of the objectives that the brand constantly has, to offer news to athletes. 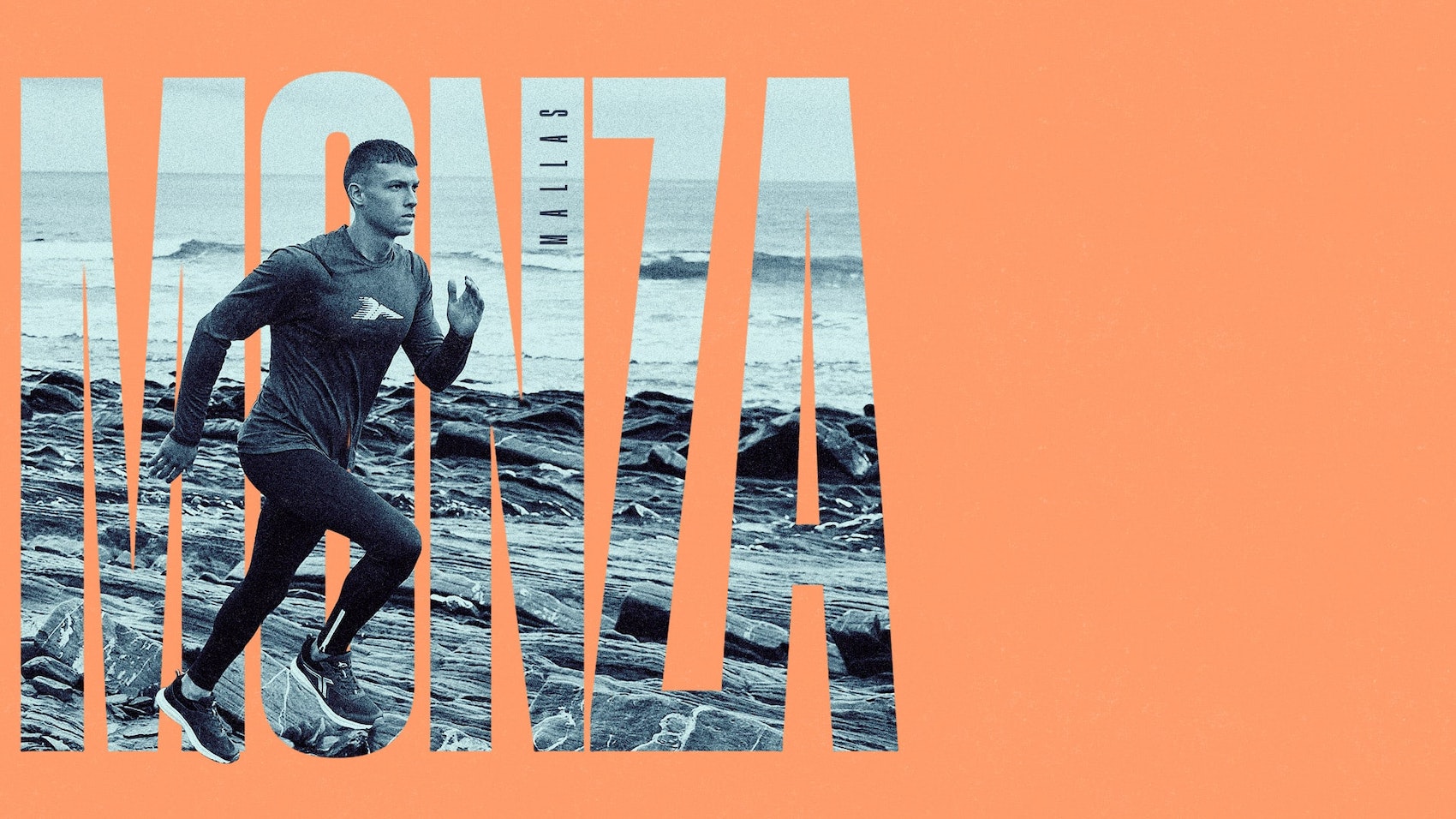 The first women's line is born. It is mainly composed of tracksuits. Over the next few years and with the evolution of the world of sports, the habits of doing sports with fleece pants changed and went to materials and cuts that fit more to the woman's silhouette, and thus the tights were added. .

One of the most iconic garments of this moment was the sailor tracksuit. With blue and white stripes, inspired by the jerseys used by Galician fishermen at this time, the aim was to create a garment that was comfortable and at the same time had a design. That it could be used for sports and at the same time be aesthetic. 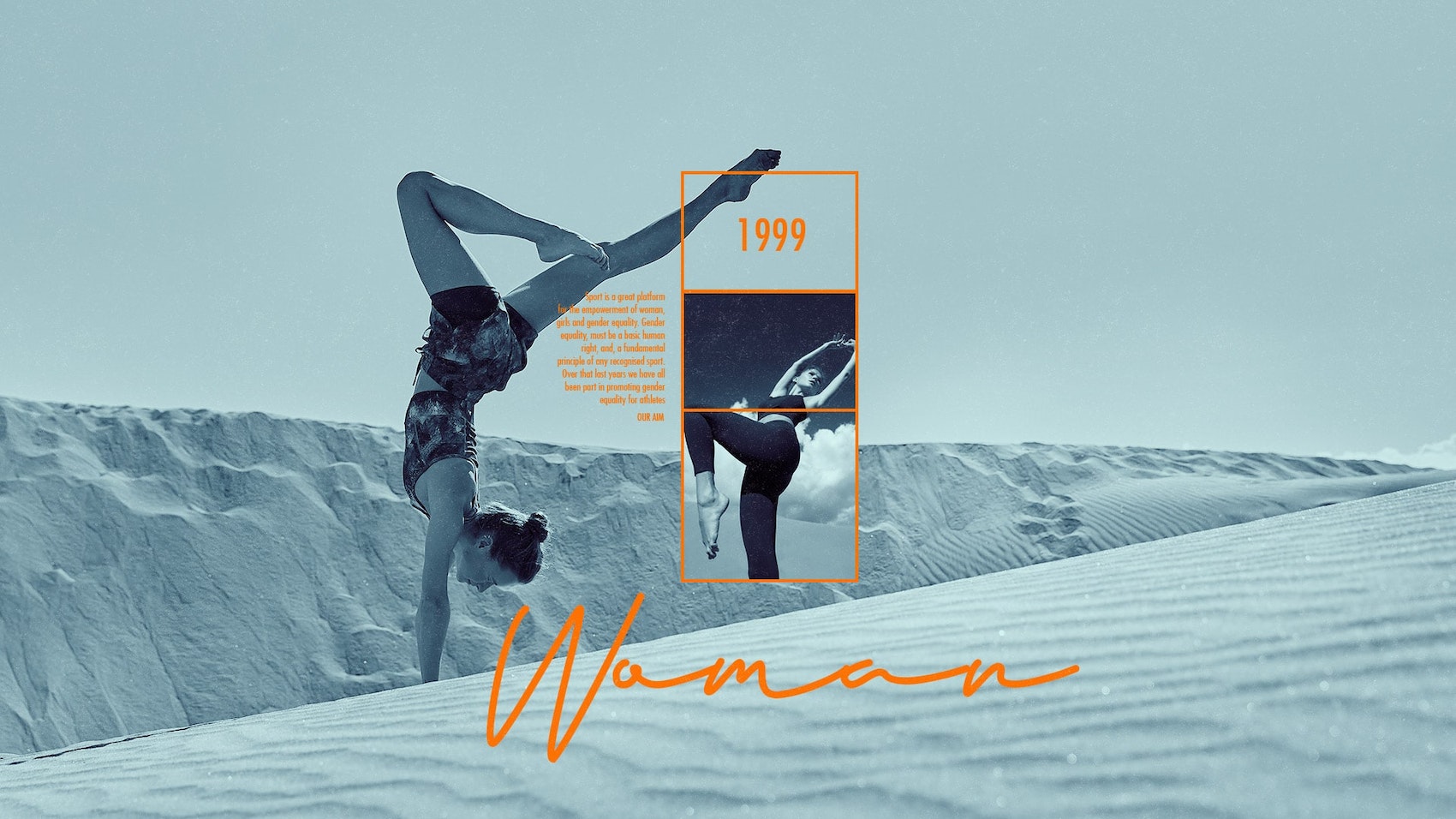 The first mesh that was created was the "Swedish" mesh, the current "Push up". The temth team wanted to revolutionize the woman's figure by picking it up and creating a new silhouette, which was always stylized, and thus any woman of any constitution could wear tights without complexes. 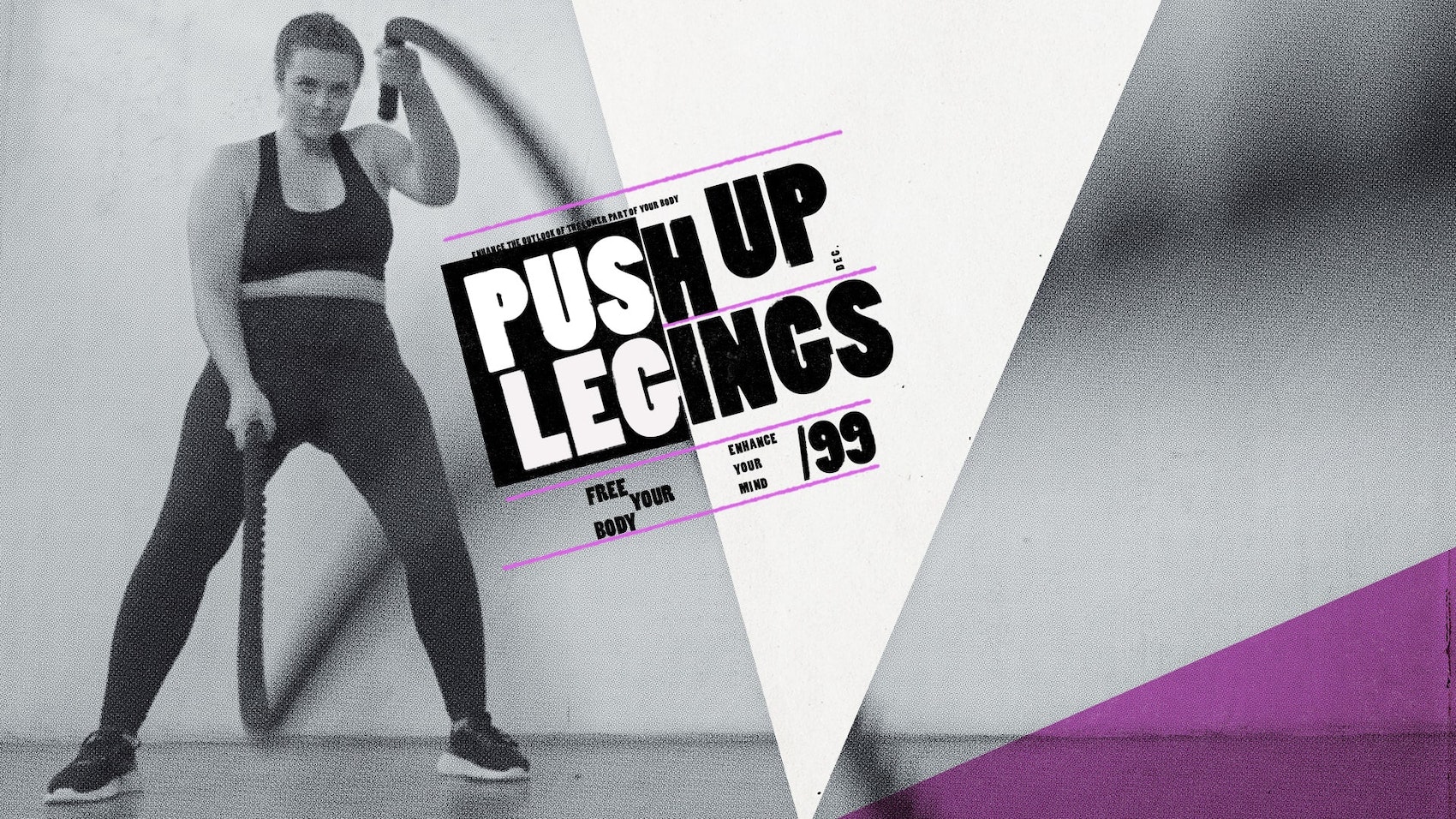 The Montserrat mesh was born from the idea of ​​creating a mesh that was as economical as possible but at the same time was durable over time. Hence the black color that characterizes it, to make it a timeless and combinable basic. The price of tights has always been high and with this tights it was intended to innovate by creating a new tights that would be accessible to all pockets. 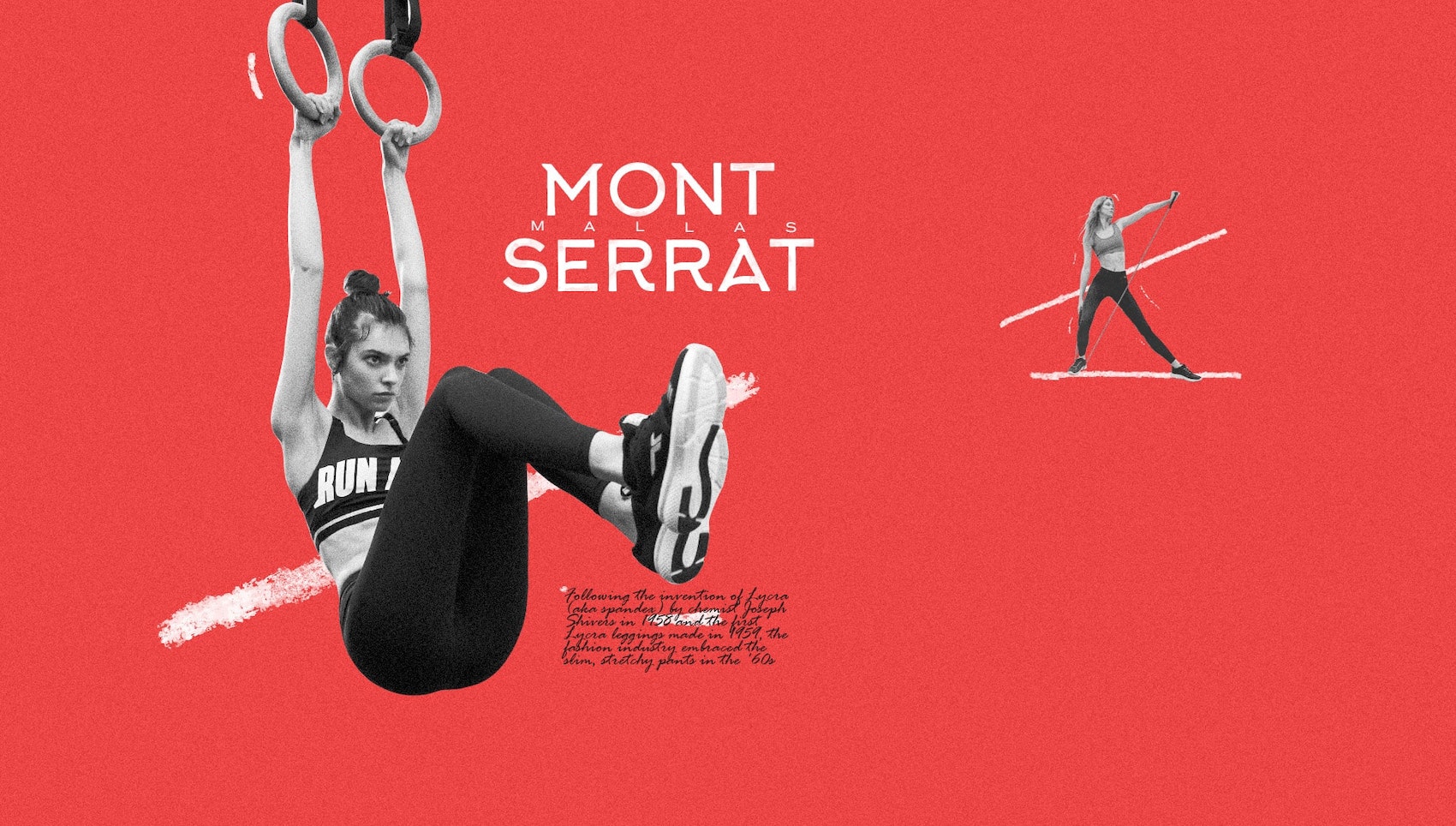 With the arrival of the new millennium came children's clothing, the inclusion of new sports and the creation of the brand's most iconic sneakers. 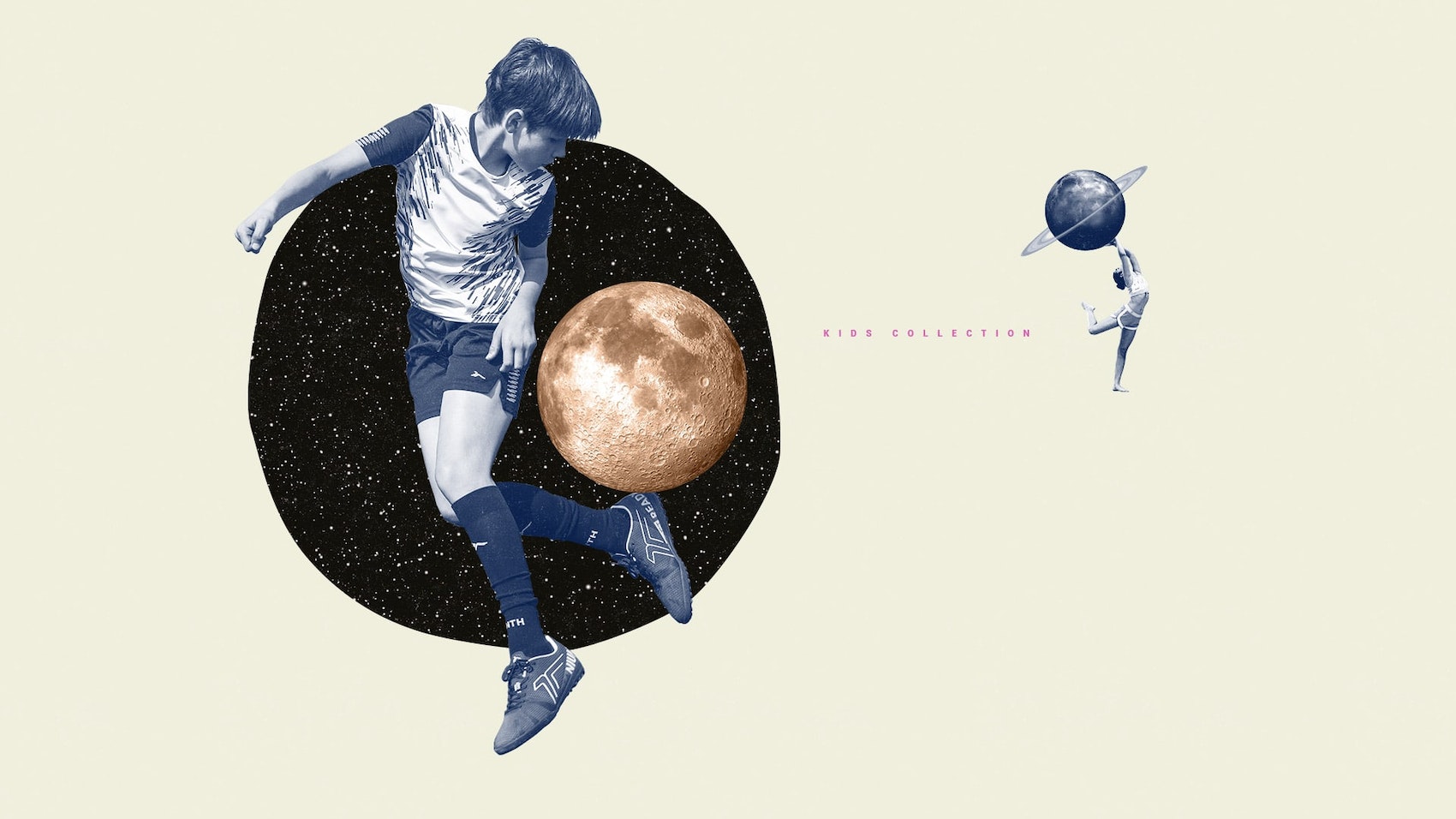 The first pieces for boys were focused on "back to school", mainly tracksuits and jackets. Both boys and girls were developed, it was a success from the beginning. 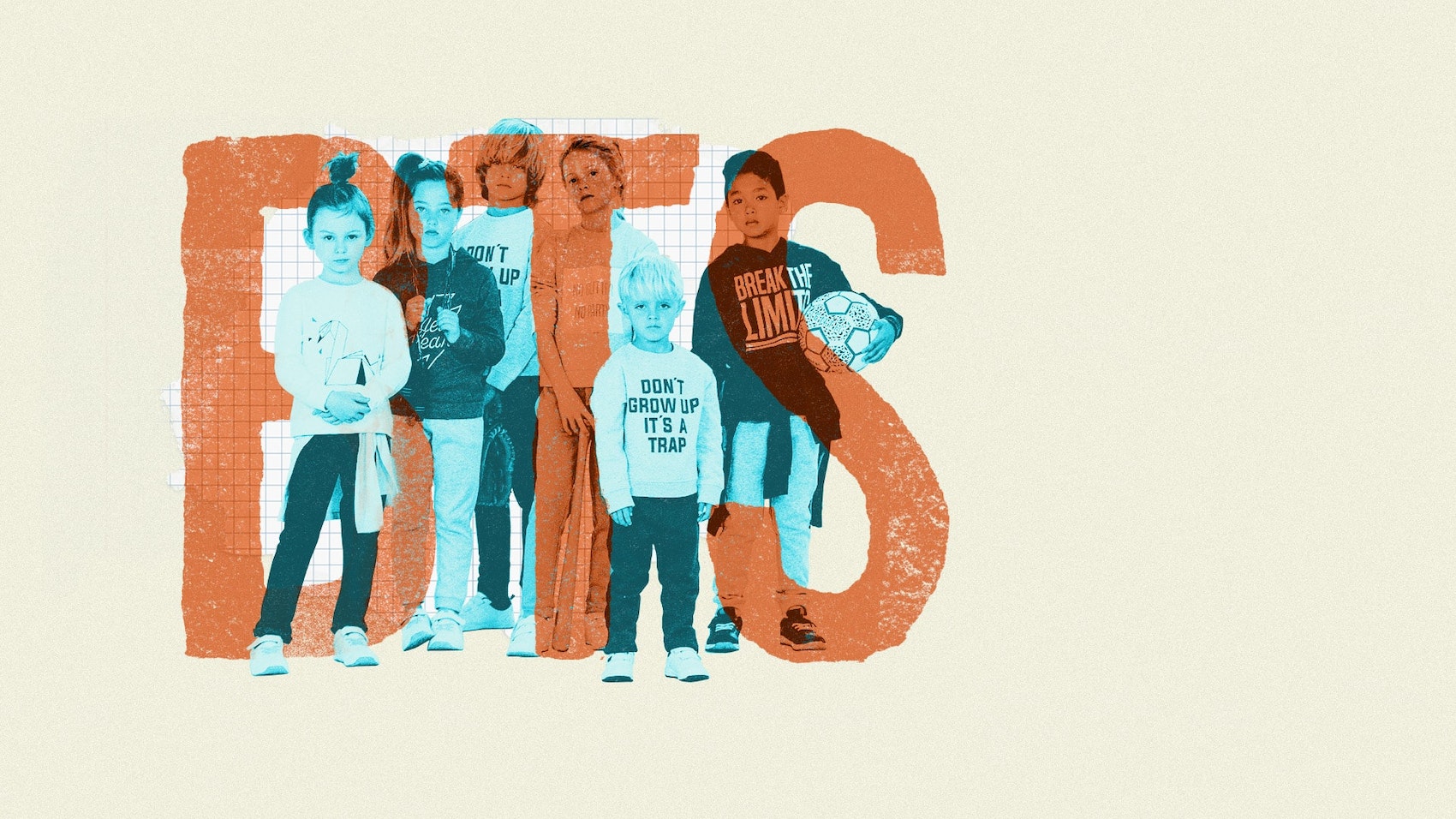 Clothes evolved and new key garments were added. In the men's collection, the Softshell stood out, a jacket designed to practice outdoor sports, and thus be able to practice sports all year round, in any circumstance. 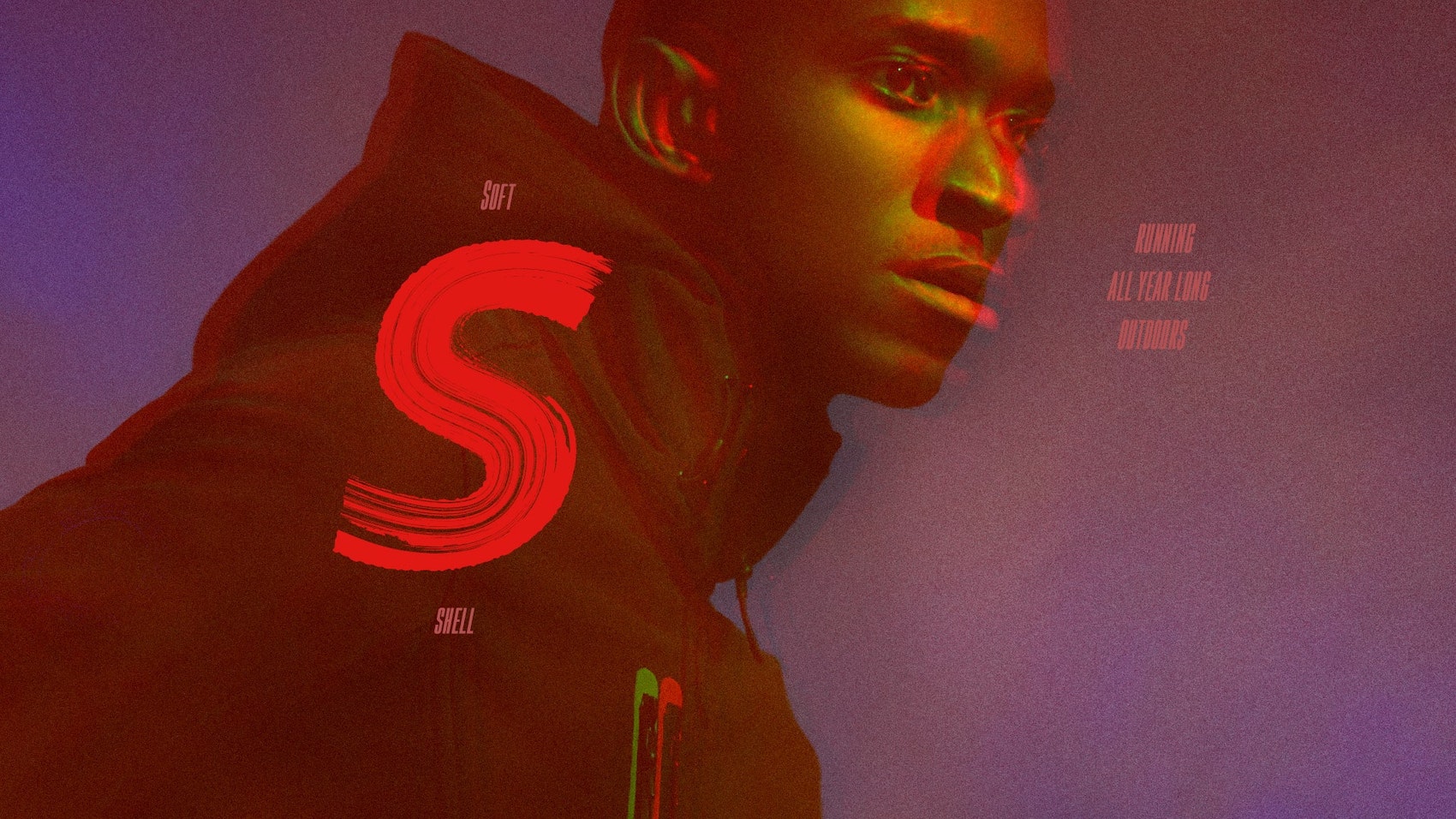 Just like clothing, new sports were appearing and developing. Football made its entrance with a great ambassador: Julio Cesar, then a player for Valladolid and later for Real Madrid. he was also an ambassador for the jesús carballo brand, an olympic gymnast, to promote training clothing. In the case of women's clothing, it was represented by the women's beach volleyball team. 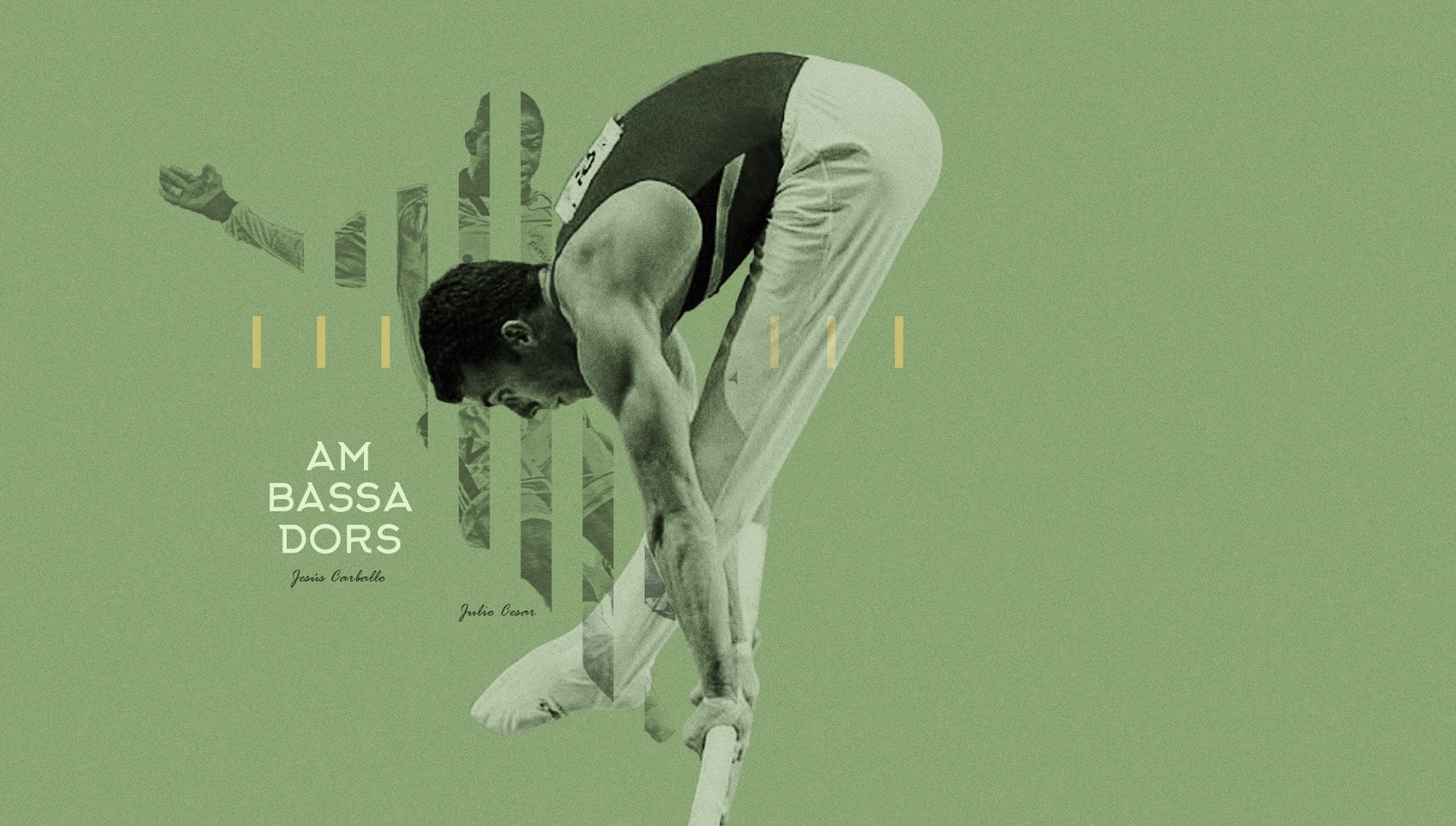 The brand's most iconic sneaker was created, the Tenthcomfort. A shoe designed for well-being, comfort, to go for a walk... Its main function was to provide maximum comfort.

The shoe was a resounding success from the start, the demand was such that it had to be repeated and repeated... It quickly became one of the most desired models to this day. 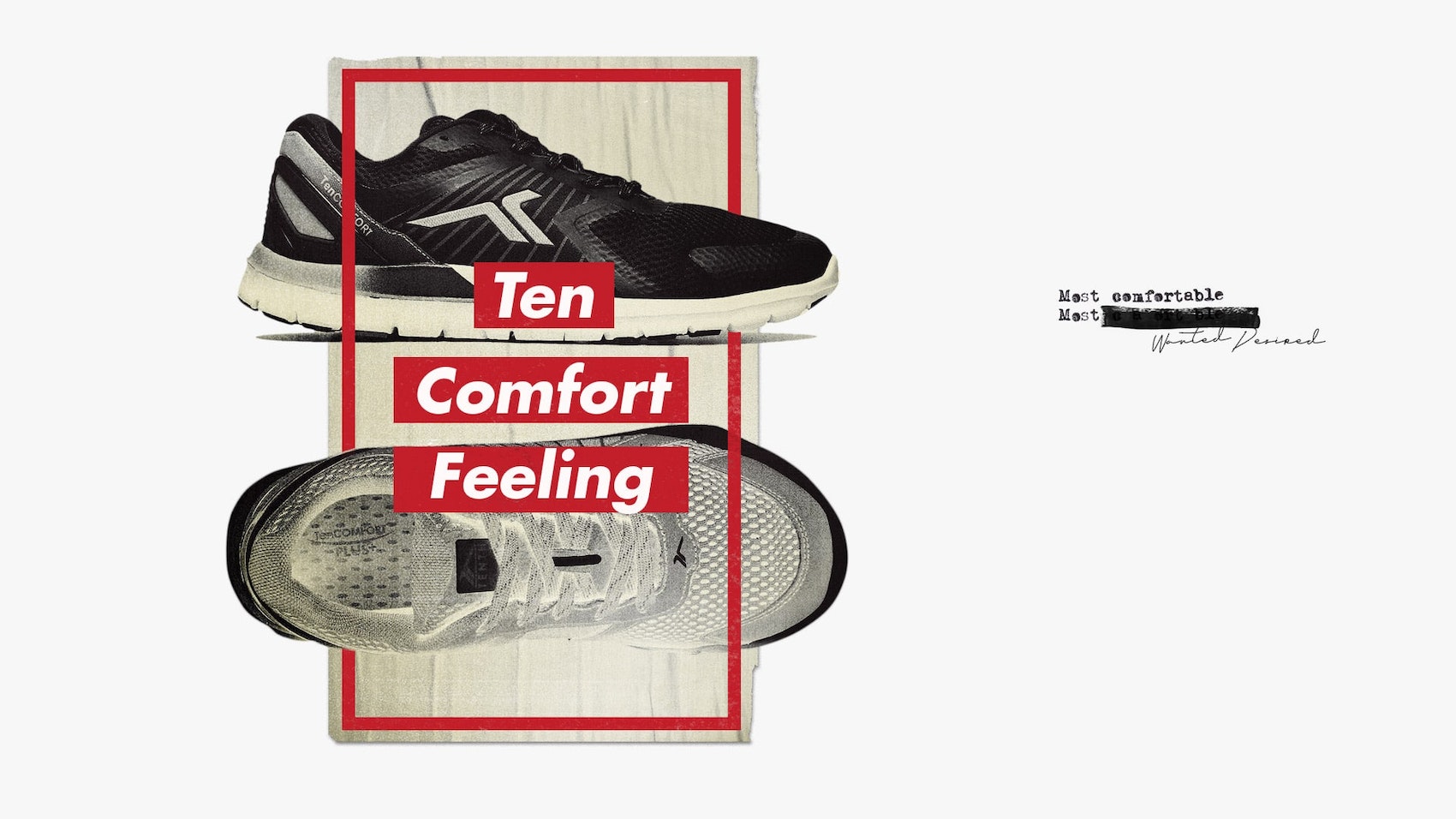 After a great deal of effort and several crazy anecdotes, the Kanelka came to light, a shoe designed for children. Only 1000 units went on sale to test their operation, the demand was such that in a matter of two months, their order multiplied by 100,000 pairs and since then it has become a key part of the "back to school" collection. . 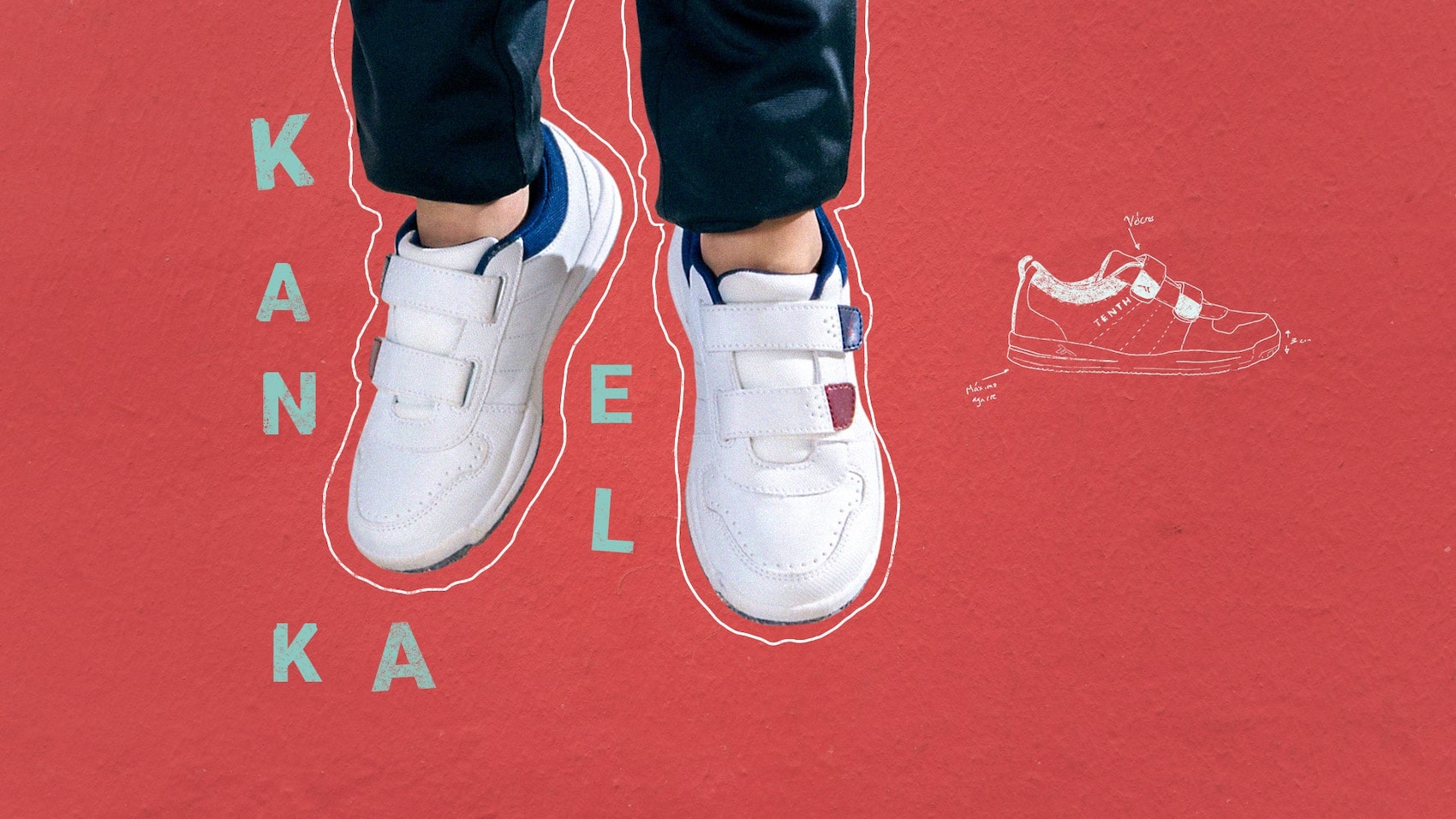 The soccer collection is developed quite a bit and with it we thought of designing a shoe, thus the Titanium was born. Football boots at an affordable price for everyone and with a design that had nothing to envy to those of the main footballers in the world. It was designed for all types of soil, so that anyone who wanted to play soccer could do it, no matter how much money or what soil they developed it on. 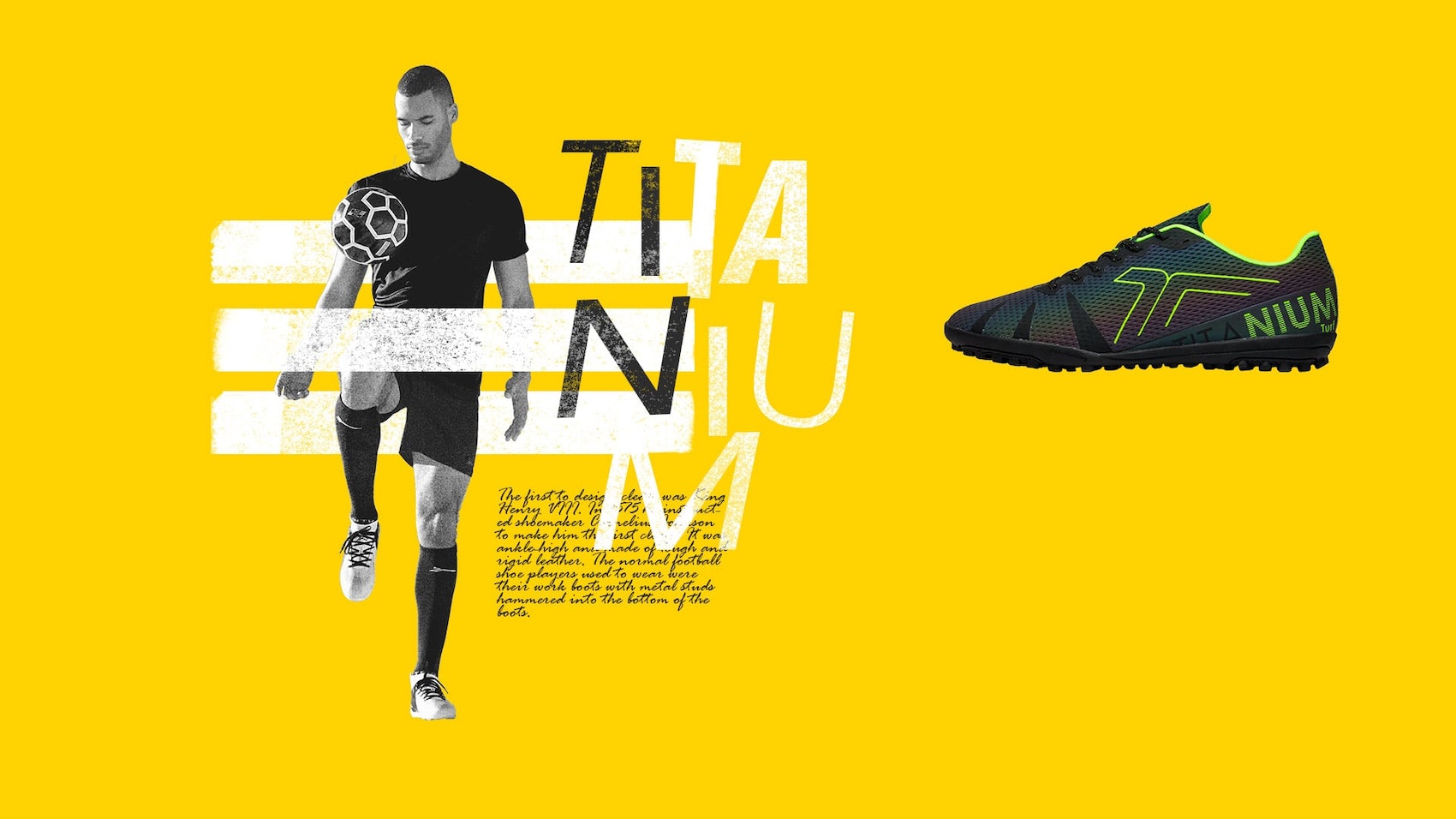 The KSR, running shoes that aim to bring the world of running closer to everyone, have emerged. Perfect for people who want to start. Its name is inspired by the first sounding rocket sent by Korea KSR I. 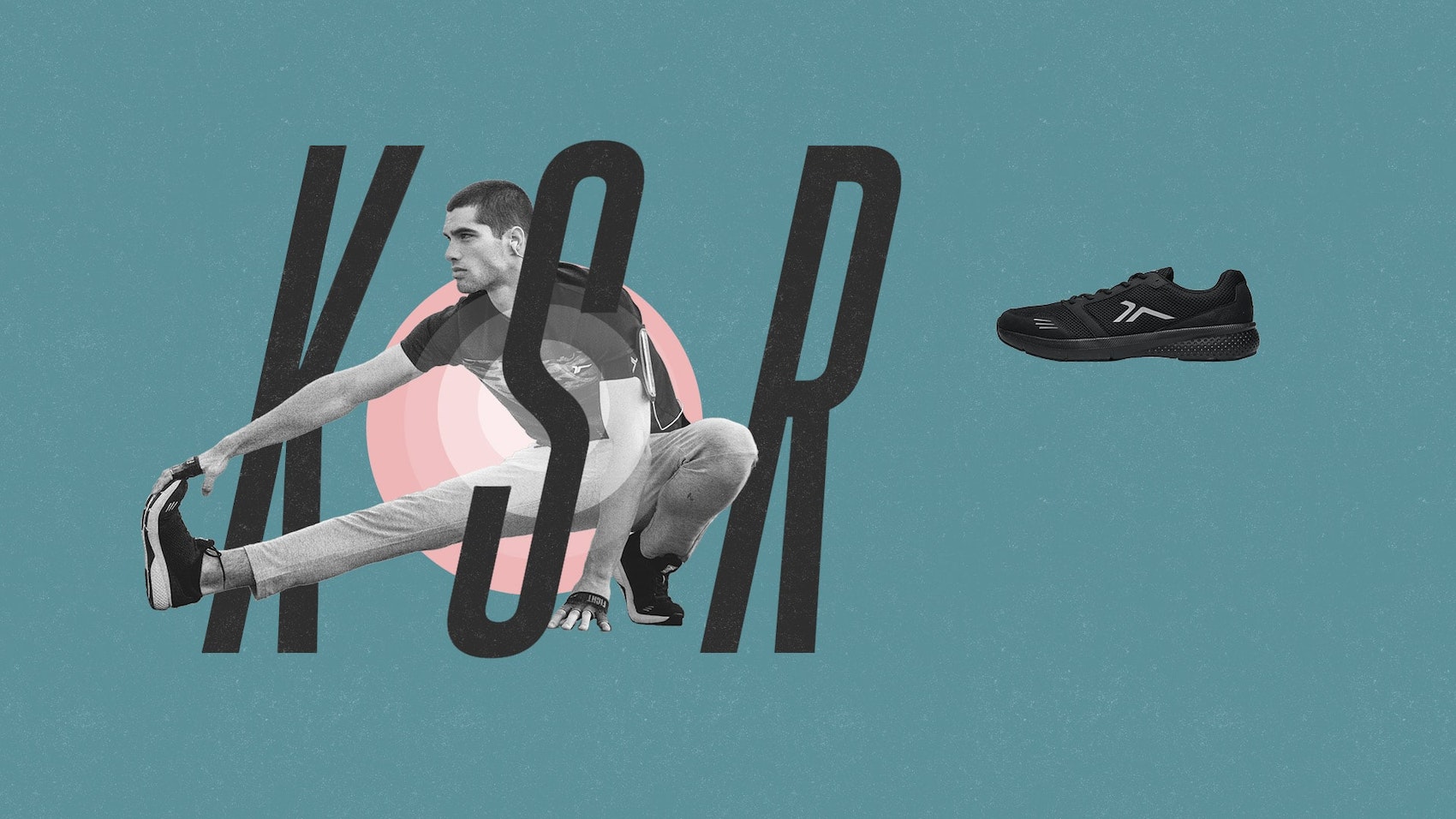 The soccer collection was developed quite a bit and with that they thought of designing a shoe, thus the Titanium was born. Football boots at an affordable price for everyone and with a design that had nothing to envy to those of the main footballers in the world. It was designed for all types of soil, so that anyone who wanted to play soccer could do it, no matter how much money they had or what soil they developed it on. 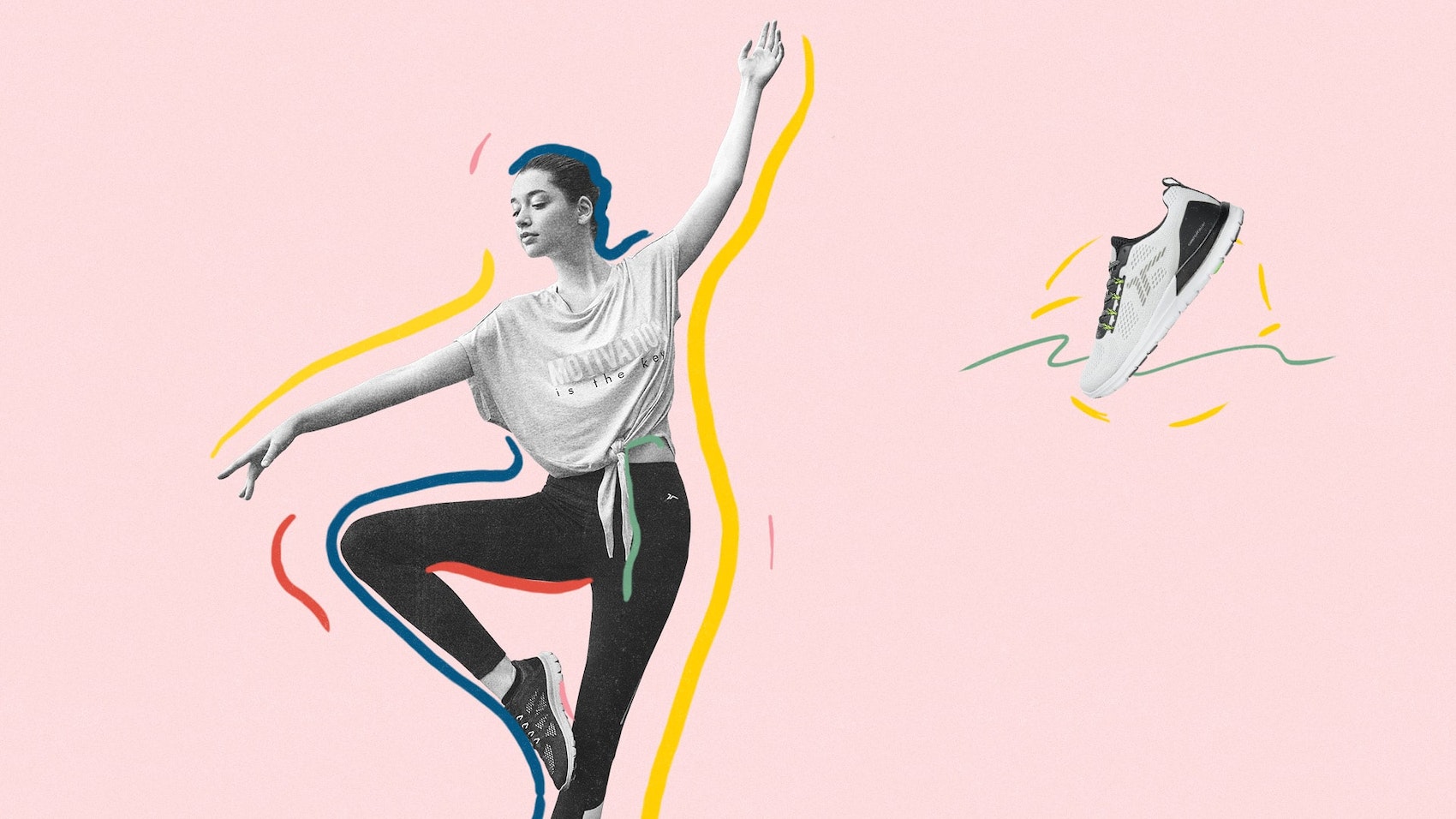 This year it was decided to create a new design of shoes for boys that are as resistant as possible, the Tanki. The name, inspired by the tanks of the American army, was intended to send a message of toughness and calm to parents who constantly have to renew their children's shoes. With the reinforced toe, it is a model that allows children to carry out their daily activities without constantly breaking their shoes. 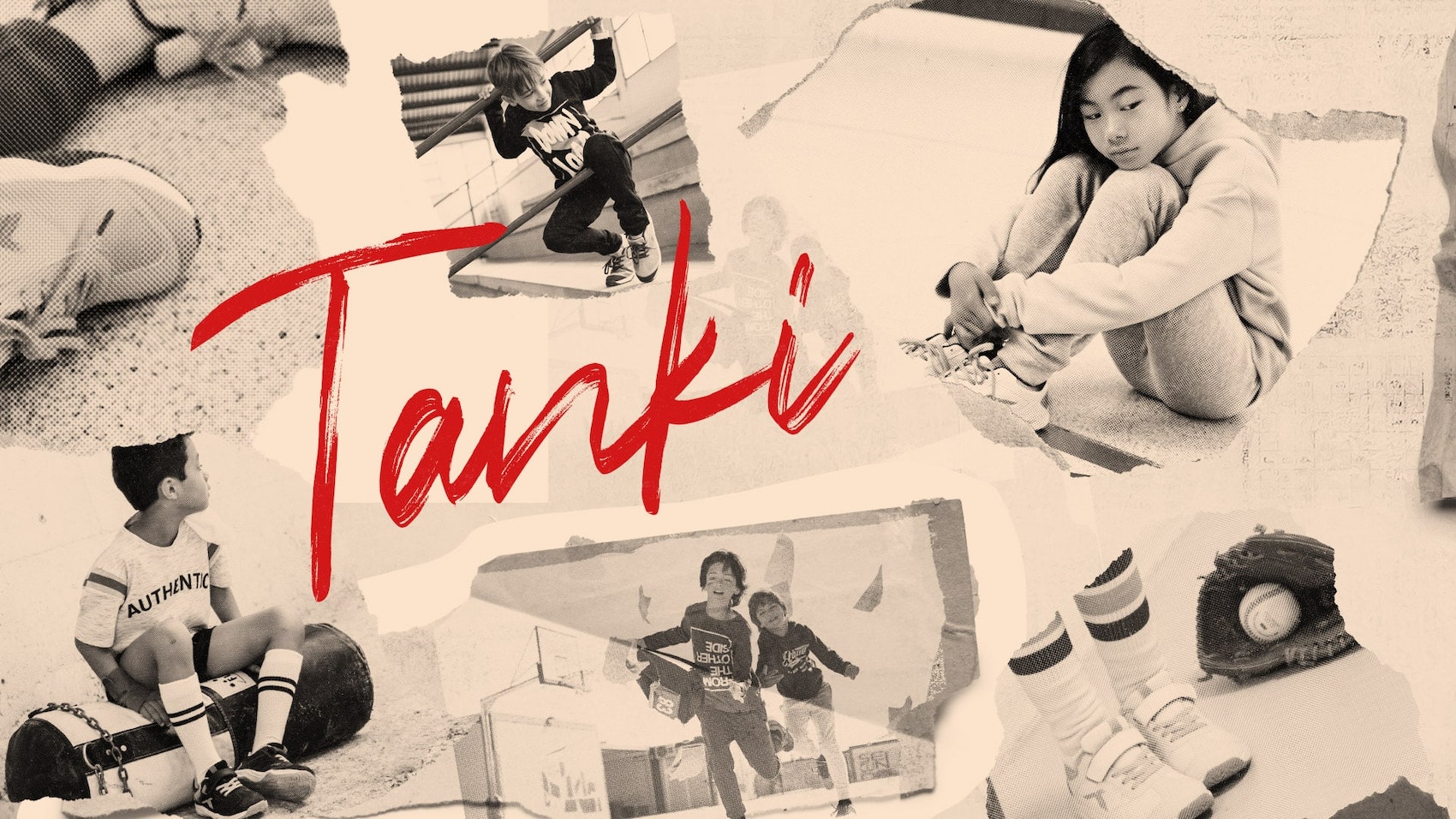 The Phoenix is ​​launched, the shoe from the most Pro sports collection aimed at great runners. With several innovations for this sector, one of the best pieces in the collection. Its name, inspired by the figure of Greek mythology, wants to reflect how fast you will run with them, faster than the time it takes for a phoenix to be reborn. 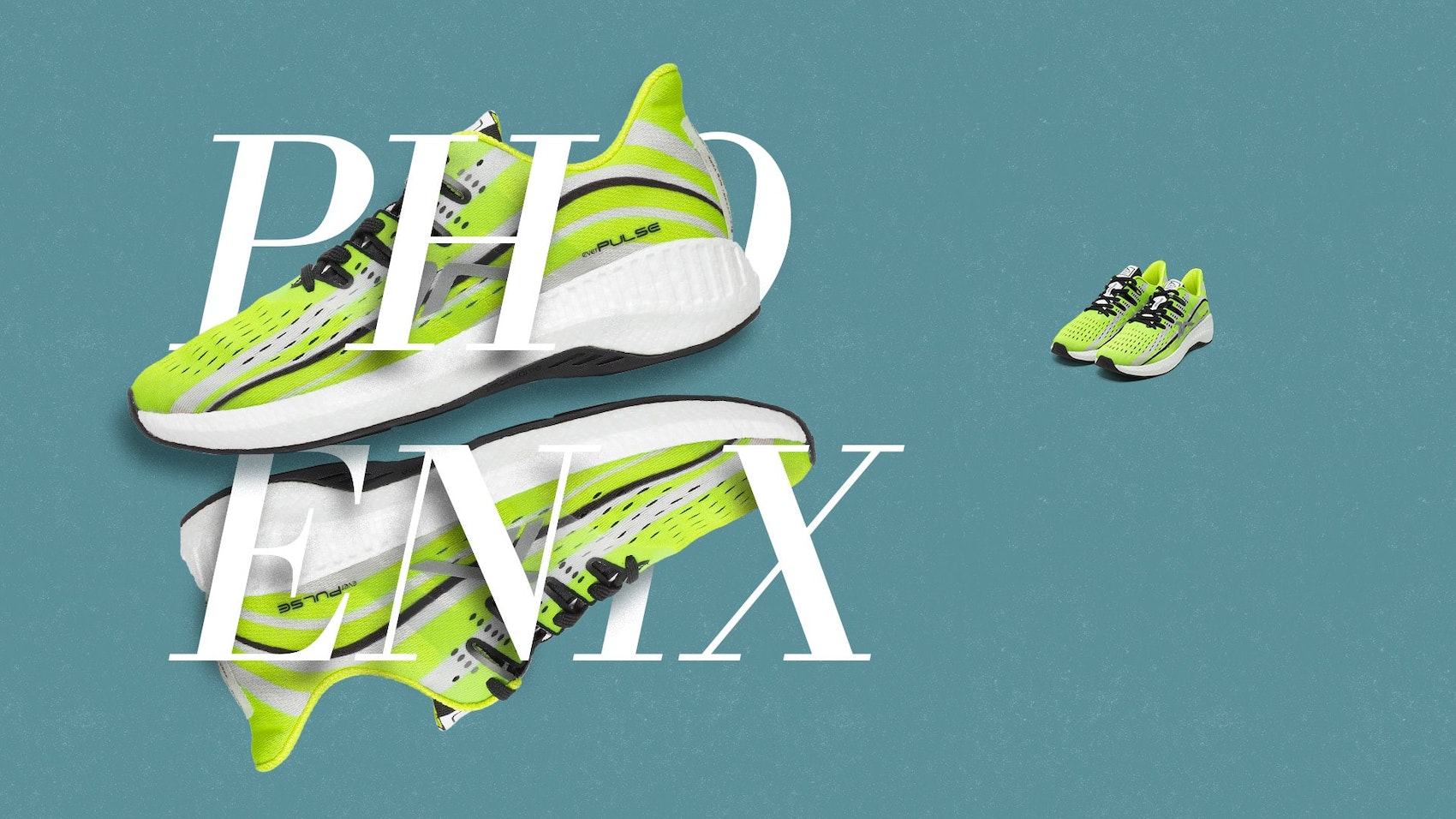 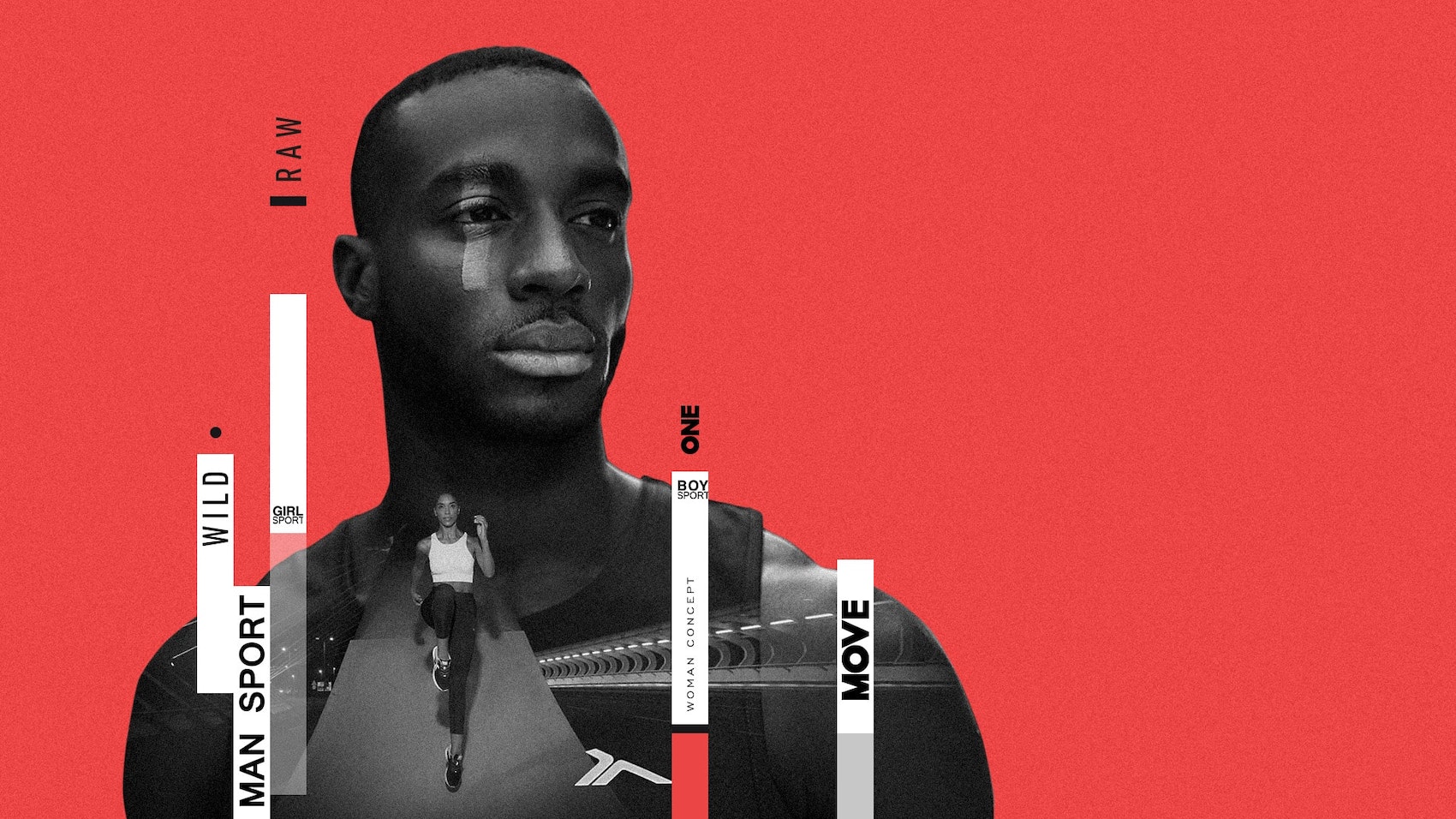 The first Tenth store opens. We hope it will be one of many. 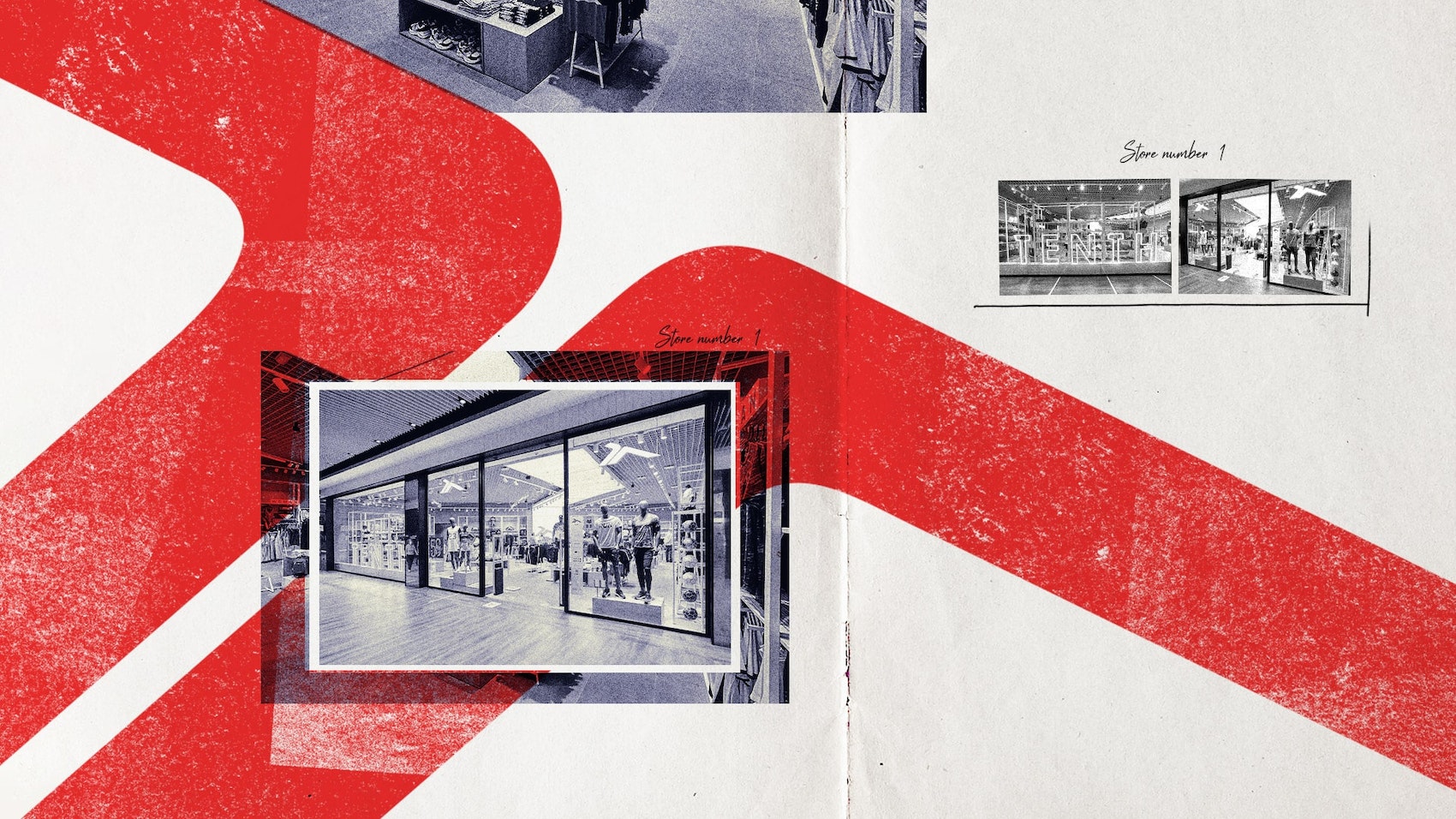